I’ve researched Wynn Resorts (NYSE: WYNN) in the past. At first, the shares look somewhat cheap on a PE basis. However, after you factor in the company’s debt, its valuation begins to look more reasonable. This is because leverage increases the earnings power of the asset, but also the discount rate of its future earnings. In my view, the current share price accurately prices in the recent positive developments for Wynn plus its inherent risks. 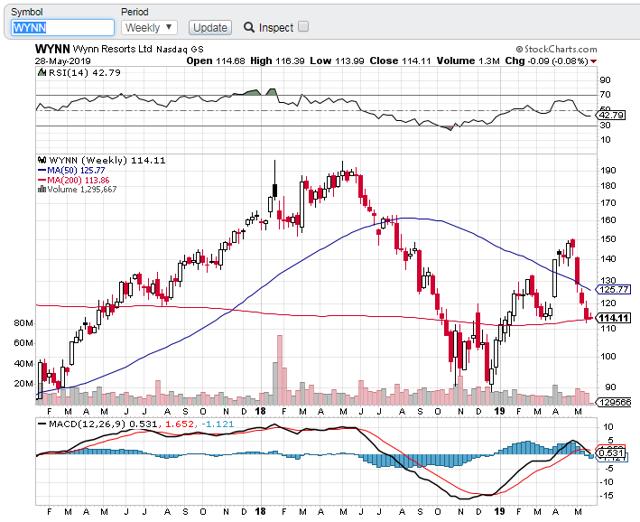 It's been almost six months since I last wrote something on Wynn. In my previous article about Wynn, I pointed out that there were a few risks investors seemed to be ignoring. At the time, there was uncertainty regarding the Boston license approval, rising rates, an impending recession, and trade war fears. I also voiced my concerns about Wynn’s leverage and concluded that after factoring it in, Wynn wasn't appealing as an investment. Shortly after that, the stock enjoyed a rally up to almost $150 per share. However, ultimately, the shares have declined once again. So all in all, WYNN remains virtually unchanged since I published my piece on it.

However, some risks and uncertainties have cleared up since my last article. The Fed decided to stop raising rates, and Wynn finally received its Boston license approval. Furthermore, the Encore's grand opening is just around the corner in June 2019. Plus, the impending earnings recession didn't turn out to be as bad as people initially anticipated. Thus, now that some overhangs have disappeared, it’s probably worth revising my estimates. After all, Wynn’s stock price hasn’t changed, while its outlook has improved. Still, it is worth keeping in mind that the trade war and the company's debt remain, and these items need to be discounted.

Wynn is particularly sensitive to macroeconomic and geopolitical risks

Wynn is an intriguing company, and macro factors heavily influence it. As evidenced by recent events, Wynn’s exposure to Asia makes it an uncomfortable hold during the ongoing trade disputes. Also, its debt burden could prove insurmountable if the credit markets were to dry up (like it happened in 2008). After all, Wynn has to refinance part of its obligations to keep operating as a going concern. Its FCF isn’t high enough to cover these cash outflows without refinancing. Hence, investors need to realize that Wynn is a highly speculative investment. 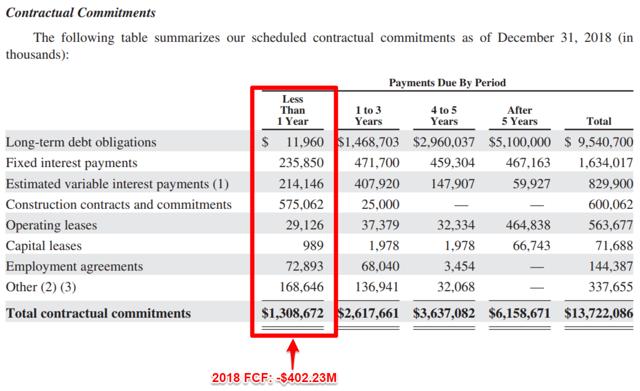 However, the real question is whether or not investors are getting the shares at a discount. After all, once Boston becomes operational, then Wynn will enjoy an additional $300 to $350 million in yearly EBITDA. Therefore, this could provide Wynn with a much needed upside catalyst.

Qualitatively speaking, I do believe that Wynn is an exciting play in the gaming sector. As a whole, the company is shaping up as a top holding of high-end casino properties. Furthermore, its worldwide footprint makes it extremely attractive for M&A deals. For example, Wynn was thinking about selling Boston (which I don’t agree with) and buying Australia’s Crown Resorts. Moreover, it’s also been speculated that LVS (NYSE:LVS) could potentially be interested in buying out Wynn as a whole. All of these possible scenarios are exciting, and showcase that Wynn could unlock shareholder value if it executes them appropriately. Moreover, there's no denying that the current dividend yield of 3.51% is a nice plus for the shares (though I think the debt should be a priority).

However, not all is good with Wynn. Something that stands out to me about the company is that its management seems to have intriguing priorities (to put it mildly). For instance, raising the dividend by 33% when what they should be focusing on paying down their debt is puzzling. Moreover, Wynn thinking about selling its Boston property just before its grand opening in June is nonsensical. Ultimately, it appears that saner heads prevailed, but it nevertheless shows that management seems to be all over the place. In the meantime, Wynn’s CEO (Matt Maddox) makes over $17 million a year.

So it is no wonder that some shareholders can feel a bit frustrated with management. Frankly, I’d be as well. Furthermore, the stock has been sold off and is down roughly 43% since its last high at $201 per share. Thus, it’s evident that investors aren’t as optimistic about the company’s prospects as they were under the leadership of Steve Wynn.

As previously mentioned, Wynn is close to opening the Encore Boston Harbor, which is Steve Wynn's last creation for the company. Wynn properties cater to high-end clients, so I imagine that the Encore will probably be the best property in the region. Thus, the Encore should be profitable as soon as it becomes operational. Nevertheless, management pointed out in their last earnings call that there’s going to be a “ramp-up” period until 2020. But in any case, it’s an exciting development for the company. In my view, if the initial results match/surpass the market’s expectations, then it could catalyze the shares to trade higher.

After all, Boston should be worth between 10 to 11 times its EBITDA (according to Seeking Alpha contributor Howard Jay Klein). In his article, it’s mentioned that Boston should produce roughly $300 to $350 million in EBITDA per year. So there's no denying that this property is valuable for Wynn. Boston would represent a 17.8% to 20.8% increase in yearly EBITDA (Wynn’s TTM EBITDA of $1.68 billion). Moreover, it gives the company’s revenue some degree of diversification from Macau and Las Vegas.

Hence, in my opinion, this property shouldn't be sold for anything less than $5 billion. After all, I think Wynn should demand a hefty premium for a property that required many years of development, is among the best in its region, provides diversification to most casino operators and is Steve Wynn’s last iconic project.

In my view, it is challenging to price casino stocks because they are often heavily indebted. This tends to distort their actual value. Nevertheless, I think I found an excellent way of approaching Wynn’s valuation. First of all, I'll have to leverage Wynn's beta to account for the added risk of the company's debt. Then I use the CAPM to derive the required rate of return of the security. Finally, I use analyst estimates of future earnings and discount the implied valuation back to the present.

As you can see, this method arrives at a reasonable valuation for Wynn (in a blue skies scenario). Moreover, I think it incorporates the company’s debt risk reasonably well. However, this valuation doesn’t include the trade war risk and any possibility of a credit crunch. Both of these items could prove disastrous for shareholders if they materialize. Thus, I believe the best way of factoring in these risks is through scenarios and probabilities.

How to think about Wynn’s real value

For my model, I’ve assumed three possible scenarios for Wynn.

As you can see, the weighted valuation of all the potential outcomes for Wynn stock is $117.30 per share. In my view, this method incorporates all the possible results for the stock. You can play around with the probabilities for yourself. However, I believe that these probabilities are reasonable.

It’s worth noting that my model implies that investors should require a rate of return of at least 35% for Wynn's shares. This figure is extraordinarily high but makes sense for a stock that’s as leveraged as Wynn. So, in theory, my model indicates that investors buying at these levels should expect a hefty reward for taking on Wynn’s considerable risks. After all, Wynn is highly leveraged, and winding down its debt is going to prove a challenge. This is because Wynn also has to sustain its dividend, cover interest expenses, and invest in CAPEX.

In my view, I think the company currently trades at a reasonable valuation. Since I last wrote an article on the company, critical uncertainties have cleared up. Thus, I think this merits an upward revision in my estimates for Wynn. I believe $117.30 is reasonable, given its risk profile. Furthermore, once the trade war risk resolves itself, then I think the shares should head higher.

Nevertheless, I prefer to avoid taking positions in speculative leveraged companies close to the top of the market cycle. So, in this case, prudence keeps me from pulling the trigger on the shares. After all, Wynn has a credit rating of ba3, which is non-investment-grade. Otherwise, I still like the company's properties very much. Maybe if the discount becomes outrageous, I’d start scooping up some shares for the long term. However, I think that Wynn’s current stock price accurately captures its risks and potential opportunities.

Thank you for reading and good luck. Why should you join the StartupBlink Networki... 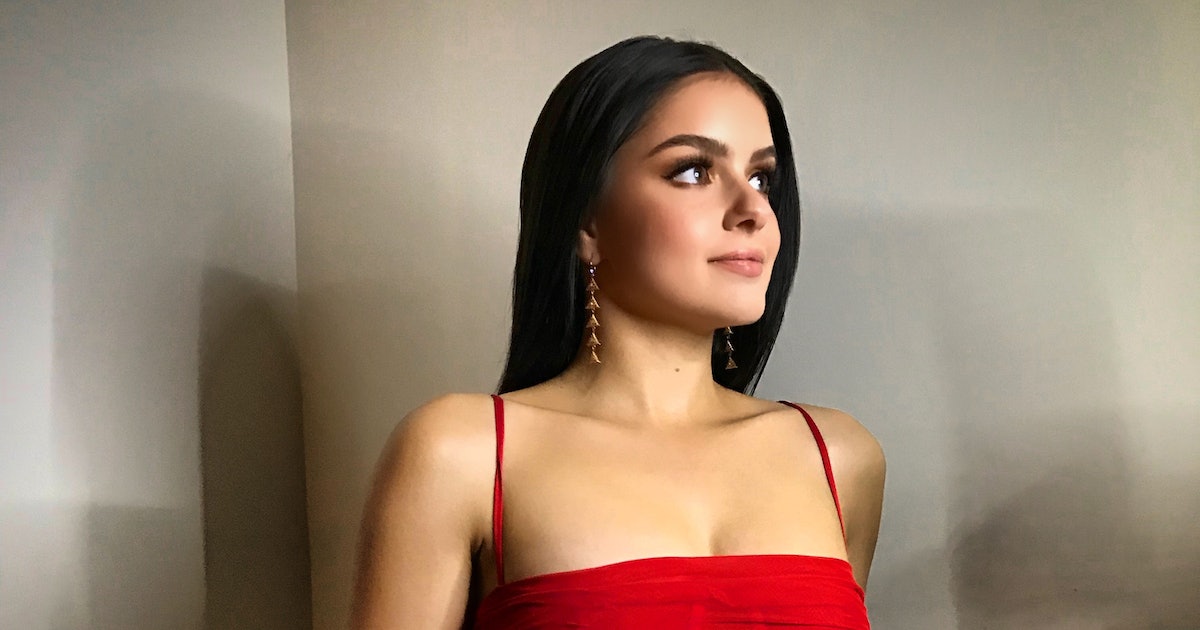 Ariel Winter Tells Us How She Deals With Social Media Trolls

According to a new survey Bustle Digital Grou... 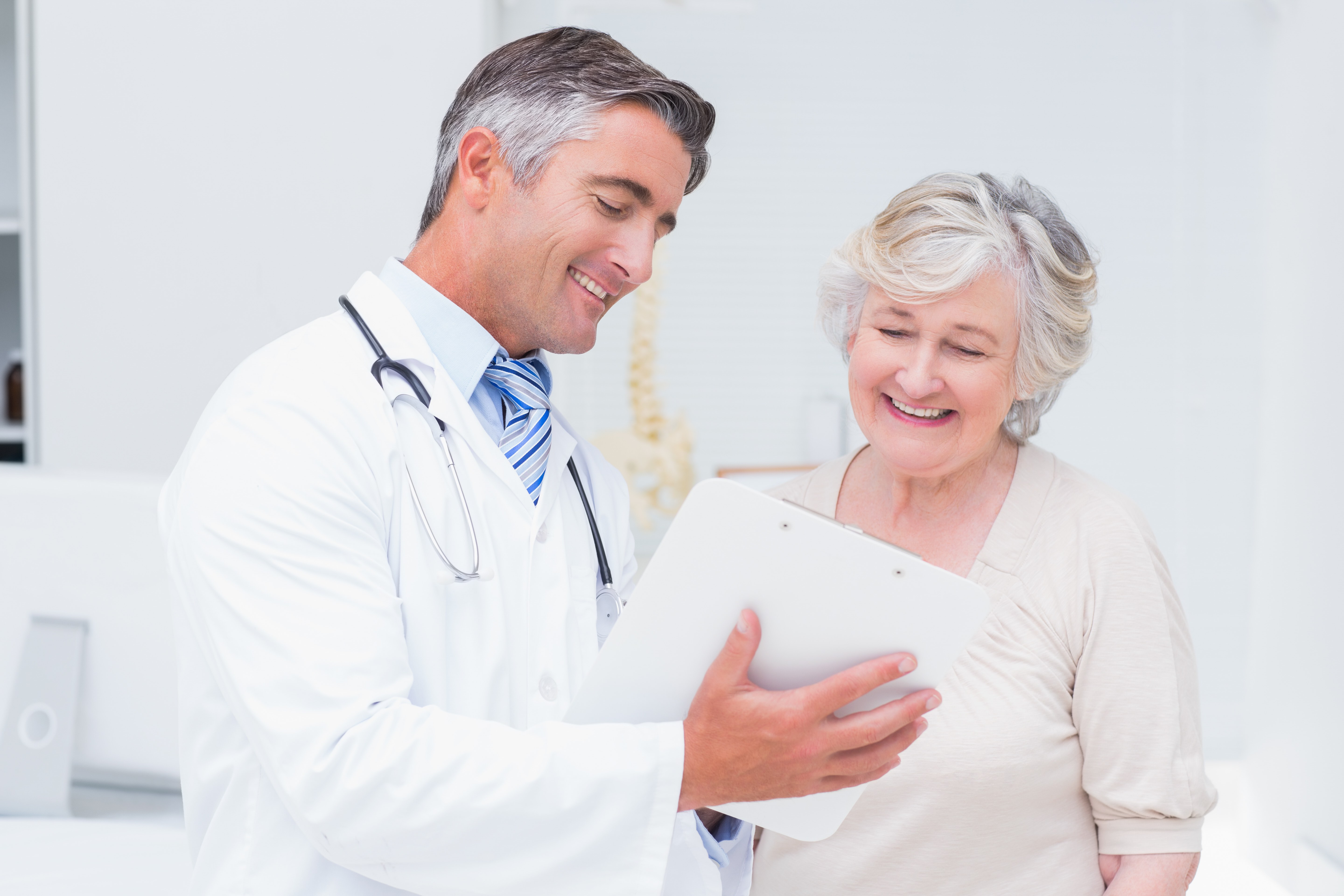 Despite some ups and downs, Johnson & Jo...

IPO ETF: Consider Adding It To Your Portfolio

Initial public offerings are some of the mos...