[Update: Available for all] Twitter for Android adds OLED-friendly 'lights out' mode in latest alpha

Twitter joined the night-mode party way back in 2016 with an option to darken the app’s blindingly white background to a more comforting tone of blue. It surely worked back then, but with the recently renewed fad of OS-wide dark modes, Twitter’s implementation pales in comparison. This is supposedly changing soon as the company has begun testing "lights out" mode for its Android app.

An updated version 8.19.0 recently rolled out to alpha testers of Twitter for Android, bringing a new display setting. Under the Display head, a third element has appeared to let you pick the dark mode appearance between two options — dim and lights out. Dim is basically Twitter’s existing dark mode in the stable app that changes the background to a shade of dark blue. Lights out, on the other hand, switches the interface to a true-black tone, which is helpful in better curbing power consumption on phones with OLED displays.

Despite the fact lights out was announced in March, the feature couldn’t see the light of day (pun intended) until this week. Even now, the dark mode option is limited to Twitter’s alpha app for Android, available to a small, invite-only group of testers. It’ll still need to trickle down to the beta version before finally hitting the stable release.

The APK file for Twitter version 8.19.0-alpha.03 isn’t up on APK Mirror yet, but we’ll update you when it goes live. You also have the option to become an alpha tester by joining the Twitter for Android Experiment group (edit: fixed link) for an invite to download this version directly from the Play Store.

Based on comments and reports we've received, this change appears to be server-side too. So it's likely rolling out on the alpha version, but also requires a server change to show up. Some users have managed to trigger it by clearing the app's cache, but your mileage may vary.

Twitter announced that the new Lights out dark mode is available for everyone now. We've verified that it's showing up for both beta and stable versions of the app.

Welcome to the dark side, Android users. You can now go lights out on Twitter. pic.twitter.com/RpvstZvdnr 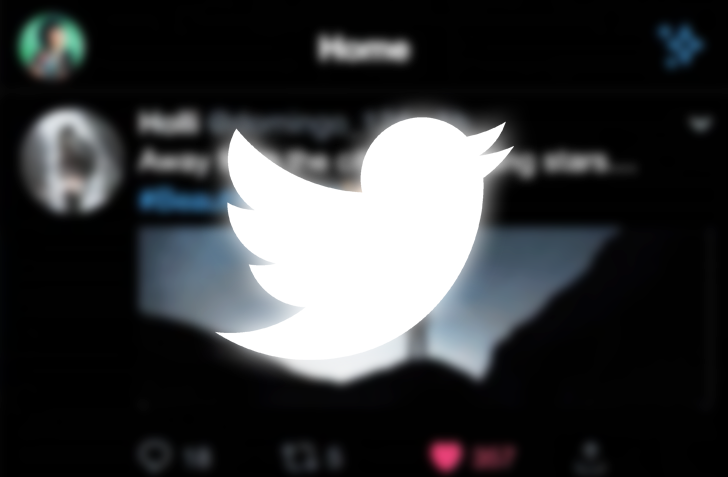 A new report from Opensignal reveals that Sa...

iOS 13 Reportedly Installed On More Than 50% Of iPhones

One of the benefits of owning an iOS device i...