“The Constitution requires a process other than the criminal justice system to formally accuse a sitting president of wrongdoing,” Mueller said.

Here’s where the major 2020 Democratic presidential candidates stand on the issue:

WHAT HE’S SAID: “What the Congress should do, and they are doing, is investigate that. And if in fact they block the investigation, they have no alternative but to go to the only other constitutional resort they have, is impeachment. But my job in the meantime is to make sure he’s not back as president of the United States of America.”

HIS LATEST: Vice President Biden agrees with Speaker Pelosi that no one would relish what would certainly be a divisive impeachment process, but that it may be unavoidable if this administration continues on its path.

— Statement from Biden campaign spokesman Bill Russo on May 29

WHAT SHE’S SAID: “To ignore a President’s repeated efforts to obstruct an investigation into his own disloyal behavior would inflict great and lasting damage on this country, and it would suggest that both the current and future Presidents would be free to abuse their power in similar ways. The severity of this misconduct demands that elected officials in both parties set aside political considerations and do their constitutional duty. That means the House should initiate impeachment proceedings against the President of the United States.”

HER LATEST: “Mueller’s statement makes clear what those who have read his report know: It is an impeachment referral, and it’s up to Congress to act. They should.”

WHAT SHE’S SAID: “We have very good reason to believe that there is an investigation that has been conducted which has produced evidence that tells us that this president and his administration engaged in obstruction of justice. I believe Congress should take the steps towards impeachment.”

HER LATEST: “What Robert Mueller basically did was return an impeachment referral. Now it is up to Congress to hold this president accountable. We need to start impeachment proceedings. It’s our constitutional obligation.”

WHAT HE’S SAID: “Congress has every right to subpoena and it is the job of the administration to attend the hearings that the Congress is calling. If he doesn’t understand that, it may well be time for an impeachment inquiry to begin, where the Judiciary Committee begins to determine whether or not there are grounds for impeachment.”

“The worry is if we spend all of our time worrying about Trump and we ignore the needs of the American people, what ordinary folks are going to say is: What about us?”

WHAT HE’S SAID: “If this great democracy, 243 years into this idea and this experiment, is to survive for another 243 or even another year or two, we cannot allow that precedent to stand. There must be consequences, accountability, and justice. The only way to ensure that is to begin impeachment proceedings.”

HIS LATEST: “As Mueller reiterates there were ‘multiple, systemic efforts to interfere in our election,’ Trump calls it a hoax. He invited these attacks, obstructed the investigation into them & told Putin there will be no consequences for launching a concerted attack on our political system.”

POSITION: Trump deserves it, but it’s up to the House

WHAT HE’S SAID: “It’s very clear that the president deserves impeachment and the case for impeachment is being built, each passing day, by the White House.”

“As to when and how the House goes about launching those procedural steps to get the inquiry up and running, I’m going to leave that to the House.”

HIS LATEST: “This is as close to an impeachment referral as it gets. Robert Mueller could not clear the president, nor could he charge him — so he has handed the matter to Congress, which alone can act to deliver due process and accountability.”

POSITION: Begin impeachment proceedings, a shift from his previous statement

WHAT HE’S SAID: “There’s a lot more investigation that should go on before Congress comes to any conclusions like that.”

— Speaking to reporters on April 20

HIS LATEST: “This administration has continued to stonewall Congress’s oversight. Beginning impeachment proceedings is the only path forward.”

POSITION: Impeachment is up to the House

WHAT SHE’S SAID: “The impeachment proceedings are up to the House. They’re going to have to make that decision. I am in the Senate, and I believe that we are the jury. I’ve always believed this from the beginning to the end.”

HER LATEST: “As I have said before, impeachment proceedings are one way to investigate and hold this administration accountable if the White House keeps stonewalling.”

WHAT HE’S SAID: “When even a member of his own party is calling for the President’s impeachment, shouldn’t that tell you something? Trump should be impeached.”

HIS LATEST: “Mueller made clear this morning that his investigation now lays at the feet of Congress. No one is above the law — Congress should begin an impeachment inquiry.”

HER LATEST: “Combined with the fact that Robert Mueller clearly expects Congress to exercise its constitutional authority and take steps that he could not, it’s time for Republicans and Democrats to begin impeachment hearings and follow the facts wherever they may lead. We cannot let this president defy basic accountability measures built into our Constitution.”

Robert Mueller resigns, says charging Trump with crime was ‘not an option’

Rep. Rashida Tlaib is unapologetic about her expletive-filled call for Trump’s impeachment 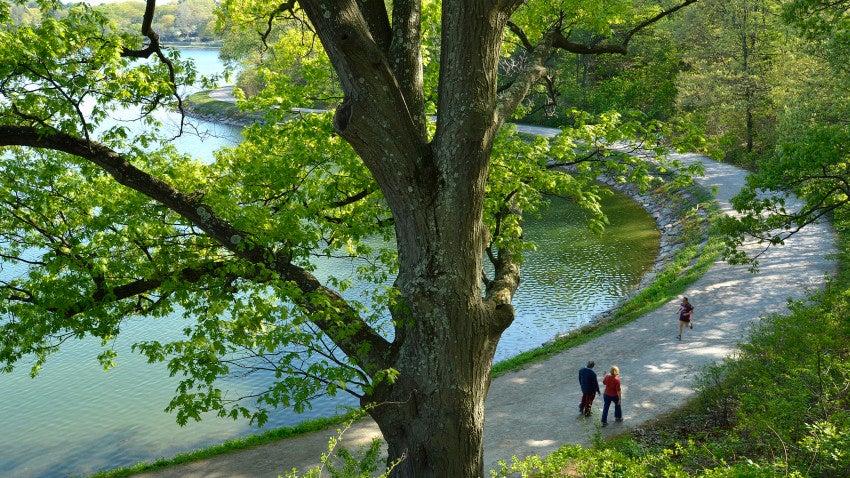 Google will launch the Pixel 4 phones in les... DuckDuckGo has other ideas for Google’s EU search choice screen

Even though it’s one of the options, D... Image: Leonardo DiCaprio is at the cent...