Savior of G.M. Lordstown Plant, Hailed by Trump, Is a Corporate Cipher

For months, President Trump had been putting pressure on the chief executive of General Motors, Mary T. Barra, because she had decided to idle an Ohio factory and lay off 1,600 workers. “I am not happy that it is closed when everything else in our Country is BOOMING,” he said on Twitter. “I asked her to sell it or do something quickly.”

In early May, it seemed an answer was at hand. From her spacious office on the 39th floor of the Renaissance Center in Detroit, Ms. Barra called the president on May 8 to update him. The automaker was in negotiations to sell the plant in Lordstown, Ohio, to a new company affiliated with a little-known electrical vehicle maker called Workhorse.

G.M. planned to announce the talks that afternoon along with a $700 million investment elsewhere in Ohio. But Mr. Trump beat the company to the punch, posting on Twitter that the Lordstown sale was practically a done deal. It wasn’t — but that was the least of the problems with what the president said.

The new venture, whose name remains secret, exists almost entirely on paper. Headed by the founder and former chief executive of Workhorse, Steve Burns, the business would have to raise at least $300 million to get Lordstown running again.

In an interview, Mr. Burns would not say if he had raised any money or secured commitments from any investors. “It’s a gargantuan task,” he said. “There is no running away from it.”

Workhorse, which would have a minority stake in the entity, is barely hanging on. It had just under $3 million in cash at the end of March. Suppliers have demanded payment in advance before filling orders, and the company has repeatedly sought high-cost loans from hedge funds.

The mayor of Lordstown, Arno Hill, met with Mr. Burns and Workhorse’s chief executive, Duane Hughes, on May 21 in Columbus. “I have a lot more questions than I have answers right now,” said Mr. Hill, a Republican. “Who is going to be underwriting all of this? That’s a legitimate question, and I am very wary.”

Whatever happens to the Lordstown plant, Mr. Trump’s Twitter post and G.M.’s announcement were a victory — at least temporarily — for both the president and the company. Mr. Trump could contend that he had saved a big factory in a state that could help him win re-election next year. And the move has eased a political headache for Ms. Barra, who is trying to cut costs by eliminating 14,000 jobs across its operations, including layoffs at factories in Ontario, Maryland and Michigan.

[Read more about GM’s shutdown of the Lordstown plant: With His Job Gone, an Autoworker Wonders, ‘What Am I as a Man?’]

A White House spokesman declined to comment on Workhorse.

But before Workhorse can help save Lordstown, it needs to raise cash to stay in business.

Between its founding in 2007 and the first quarter of 2019, Workhorse lost nearly $150 million. It has produced a total of 365 vehicles since its inception, fewer than Lordstown can churn out in a day. Last year, Workhorse’s revenue totaled $763,000, about $62,000 less than the combined salaries of its top three executives.

Many electric-vehicle businesses haven’t built a single automobile, Mr. Burns countered, and Workhorse leads the competition because it has delivered vehicles to UPS and Ryder.

“It might be the world’s tallest midget, but it’s in the lead,” Mr. Burns said. Most of the Workhorse trucks made so far are in use at UPS. Thousands of others have been ordered by UPS, DHL and Ryder, the truck rental company, but the company hasn’t started making them.

Mr. Burns said he approached G.M. about a potential Lordstown acquisition in January. “I thought it made sense to reinvent the place,” he said.

G.M. strongly supports the Workhorse-affiliated bid. “The proposal Workhorse and Steve Burns brought us could be a win-win for everyone,” said James Cain, a company spokesman. “As with any transaction of this size, there’s a lot of work to be done, but the opportunity is real, and electrification is the future.”

Mr. Cain added that Workhorse could come to dominate a substantial market. “We know from conversations with fleet customers, there’s tremendous interest in electric trucks,” he said. “There’s an untapped opportunity there.”

G.M. and Workhorse pointed out that Rivian, a Michigan business that aims to sell electric trucks and sport utility vehicles, had raised more than $1.5 billion from backers including Ford and Amazon.

Workhorse’s technology has been praised by some in the truck business. “Their products have really performed well,” said Chris Nordh, senior director for advanced vehicle technologies at Ryder. “I don’t get calls from the field about problems with the trucks.”

For investors, the Lordstown news was a financial boon. Workhorse’s shares tripled, closing that day at $2.65. A little more than a week earlier, the company had sold nearly four million shares in a follow-on offering to investors at 74 cents each.

Executives at Workhorse said there was nothing improper about the timing of its stock offering and the subsequent announcement. “I can’t control the timing of when Trump is going to tweet something,” said Mr. Hughes, the chief executive. “It makes it look like something weird was going on, but it was nothing nefarious.”

The stock has given back some of those gains, but it’s trading at nearly twice the level it was before Mr. Trump’s Twitter post and G.M.’s announcement. The company has a market capitalization of about $100 million.

Hedge funds have been critical sources of financing for Workhorse, but the price has been steep. Workhorse has issued warrants to these lenders to buy millions of shares at a discount, and funds like Marathon Asset Management are now sitting on big profits, at least on paper.

Workhorse’s biggest opportunity is an estimated $6.3 billion contract to replace the Postal Service’s fleet of delivery trucks. It is one of a handful of finalists; the agency could announce a winner by the end of the year.

But it is not clear that Workhorse can survive until then. In a recent filing, Workhorse said it needed $22 million to make vehicles for UPS, DHL and other customers. Without new financing, it said, “we will be unable to continue as a going concern.”

Investors like Marathon, which has agreed to provide up to $35 million in credit to Workhorse, will be critical.

Mr. Hughes said some vendors had demanded cash in advance before fulfilling orders, but insisted that those terms were not unusual for companies the size of Workhorse. With a new line of credit in place from Marathon, he said, “suppliers now have the confidence they need to provide parts without demanding cash in advance.”

“We have a path to huge amounts of success,” Mr. Hughes said. “The fastest-growing segment is last-mile delivery, and we have proven success with blue-chip companies. We plan to own it.”

Some of Workhorse’s largest shareholders have been waiting quite a while for those plans to pan out.

Stephen Baksa, who owns just over 6 percent of the company’s shares, said Workhorse was struggling in part because Mr. Burns spent too much on projects that were not core to building electric trucks, including an electric helicopter called SureFly.

“I have watched this comedy act evolve, but the time has finally come for these guys,” Mr. Baksa said.

Mr. Burns said he understood why some investors were frustrated but added “we are only in the first half of the game.”

Another large stakeholder, Joseph Lukens, who has known Mr. Burns since high school, was more charitable in his assessment. Mr. Lukens, who owns roughly 13 percent of the company, said Mr. Burns “made this company.” But he added that “at some point in time the company needs to be handed over to an operational person.”

Even as Mr. Burns and Mr. Hughes eye Lordstown, things are quiet at Workhorse’s production facility in Union City, Ind. A dozen loading bays outside stood bare, and only two dozen cars were parked in the huge lot.

In its former incarnation, as a factory for a supplier of G.M. parts, it was an economic lodestar for Union City, and hundreds of cars filled the lot.

“We’ve lost a tremendous number of jobs in this community over the past couple decades,” said Tim Heuss, a city councilman. He was hopeful that Workhorse would increase production at the idle facility, which he described as “state of the art.”

Mr. Hughes said the Union City plant, roughly a two-hour drive from Workhorse’s headquarters near Cincinnati, would be ready to start cranking out trucks once the company has raised more money. He is hoping to have production start by the end of 2019.

Two big changes in iOS 13 are making iPhone users furious, but I’ll show you how to fix them

Apple still has one more big event next mont... 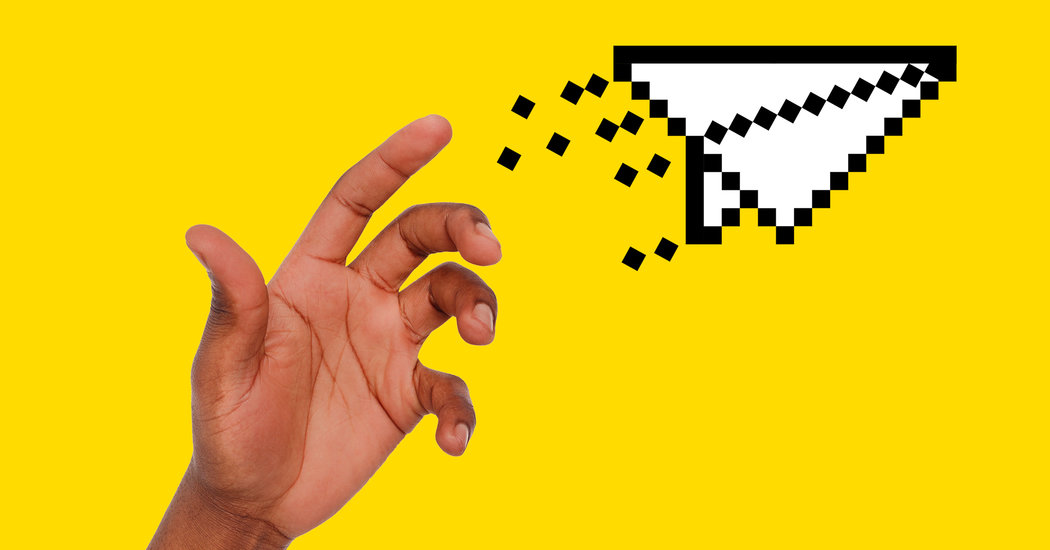 The Dos and Don’ts of DMs 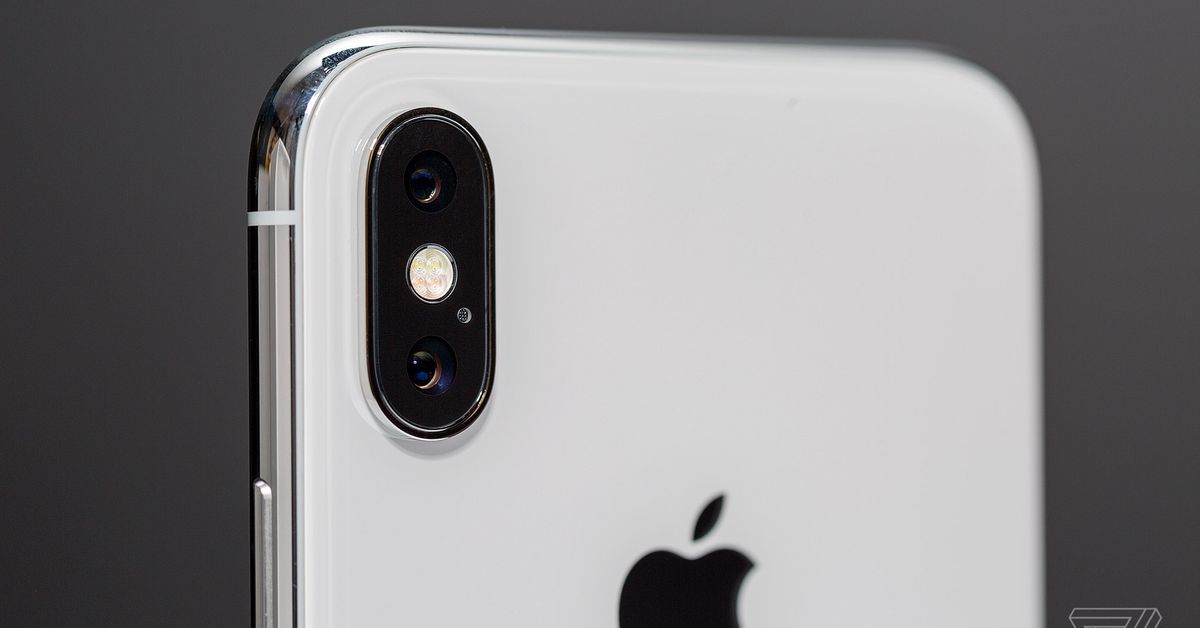 The latest Gboard beta is faster, with better support for handwriting