Mueller Delivered a Message. Washington Couldn’t Agree on What It Was.

WASHINGTON — At long last, the sphinx of Washington spoke on Wednesday, and here is what President Trump heard: “Case closed.” Here is what the president’s adversaries heard: “Time to impeach.”

The much-anticipated public debut of Robert S. Mueller III as special counsel proved as polarizing and unsatisfying as almost everything else about the two-year investigation he led into Russia’s interference in the 2016 election in support of Mr. Trump’s candidacy.

In his dry, lawyerly, scripted statement, Mr. Mueller gave voice for the first time to the damning details he uncovered about Russia’s efforts to disrupt American democracy and Mr. Trump’s efforts to impede the investigation. He chose in the end to speak out, just this once if he has his way, to plead for a deliberate assessment of the facts from a deeply divided political system that shows no willingness to look at his findings through his dispassionate eyes.

He did not accuse the president of a crime. But Mr. Mueller seemed to hint that he might have if he could have and pointedly refused to exonerate Mr. Trump. Likewise, he implied that Congress could pursue impeachment without directly recommending it.

“The Sergeant Joe Friday ‘just the facts’ approach will leave us with a political Rorschach test of sorts,” said Julian Epstein, who was the chief counsel to House Judiciary Committee Democrats during President Bill Clinton’s impeachment. Each side saw what it wanted to. “So it seems to me that the Mueller press conference doesn’t change the status quo a bit.”

As Mr. Epstein and even some of those appearing on Fox News pointed out, the special counsel effectively refuted Mr. Trump’s no-collusion, no-obstruction mantra. While repeating that he found no illegal coordination between Mr. Trump and Russia, Mr. Mueller clearly left the impression that he saw serious wrongdoing by the president in his attempts to thwart the investigation.

Because of longstanding Justice Department policy barring the indictment of a sitting president, that could be addressed only by Congress through impeachment. But Mr. Mueller did not say that in a straightforward, Twitter-worthy, sound-bite kind of way that would be played over and over in a loop on cable television in accusatory fashion. He did not say explicitly that the House should open an impeachment inquiry to determine what he himself could not.

Instead, the politicians and the cable pundits were left to parse his wording and draw their own conclusions.

In a way, the special counsel’s statement proved more challenging for Democrats than for Mr. Trump because now they will have to decide what to do about it. In effect, Mr. Mueller divided Democrats between those running for president, who quickly called for impeachment as they court the party’s liberal base, and those running the House, who still see only political peril in the “i-word,” as Mr. Trump has termed it.

By all appearances, Mr. Mueller’s statement did nothing to change Speaker Nancy Pelosi’s calculation that impeachment would hurt the party and the country since Senate Republicans remained unmoved and therefore could block conviction in any Senate trial, where it would require a two-thirds vote to remove Mr. Trump from office.

“It will certainly ratchet up pressure on the Dems to initiate impeachment proceedings, but I don’t think it changes the fundamentals much,” said Jeff Flake, the former Arizona senator who is one of the few prominent Republicans to openly defy Mr. Trump. “It’s still a bad move in terms of 2020 and the speaker knows it.”

At the White House, Mr. Trump watched Mr. Mueller live on television and spent most of the day in the residence away from his staff. While publicly he issued claims of vindication via Twitter and a press statement, privately he was peeved that more people were not defending him on television, according to a person informed about his day.

Aides said the dominant feeling inside the West Wing was outrage at Mr. Mueller, but they also concluded that the special counsel had not changed the overall dynamics and no special efforts were made to reassure allies on Capitol Hill. No new facts emerged, no smoking gun that had not already been known. Mr. Mueller made clear that he would not go beyond his report even if he was dragged before a Congressional committee.

All that happened, as one White House aide put it, was that Mr. Trump’s opponents shook the snow globe and stirred things up again for a while.

Rarely has a high-profile special prosecutor left Washington so flummoxed. During Watergate, Leon Jaworski left no doubt about his conclusions regarding President Richard M. Nixon, persuading a grand jury to name him an unindicted co-conspirator before his resignation.

After his Iran-contra investigation, Lawrence E. Walsh issued a report with definitive conclusions about Presidents Ronald Reagan and George Bush even though he accused neither of a crime. Ken Starr, operating with different authority than Mr. Mueller under a since-expired law, sent the House a list of 11 impeachable offenses he believed President Bill Clinton had committed.

“Mueller is murkier than each of those,” said John Q. Barrett, an associate independent counsel under Mr. Walsh and now a professor at St. John’s University School of Law. Mr. Mueller, he added, is more rooted in the Justice Department than any of his prominent predecessors and operating under rules that limited his autonomy, unlike Mr. Starr and Mr. Walsh.

“There is a kind of G-man temperament that Mueller has, maybe more than anyone we’ve seen in our lifetimes,” Mr. Barrett said. “On the other hand, one doesn’t have to read his report very carefully to see that there is a whole bunch of alarming material there.”

Mr. Mueller made clear that Mr. Trump’s accusers will have to read that report without his help, if he has anything to say about it. He has no desire to play star witness at a congressional hearing and if forced to testify said he would offer nothing more than what he has already produced in 448 pages.

Without a more cooperative investigator to produce a televised dramatization of the case against Mr. Trump, as Mr. Starr did against Mr. Clinton, Democrats will have to weigh whether they can change the minds of the public. A recent Reuters/Ipsos poll showed that support has risen in recent weeks to 45 percent, below a majority.

Republicans said they felt confident Democrats would make themselves look like partisan Trump haters who refuse to give up.

“The Russia interference story has long outlived its shelf life, but Democrats in Congress seem intent to pursue it no matter the lack of evidence,” said Sara Fagen, a Republican consultant who served as White House political director under President George W. Bush.

But Republicans will come under pressure too, forced to defend or dismiss questions about actions that many of them privately consider objectionable, or worse. Only one of their members in Congress, Representative Justin Amash of Michigan, has called for impeachment, and none in the Senate, where 20 would have to break with the president to imperil him.

Mo Elleithee, the executive director of Georgetown University’s Institute of Politics and Public Service and a former Democratic consultant, said the bigger threat to the president may be in next year’s election if soft Trump voters who were never that committed to him turn away because of what Mr. Mueller’s investigation turned up.

“If you start to see one or two, if you start to see a Mitt Romney or a Cory Gardner or a Susan Collins start to break and say, ‘Maybe we should look at this,’ then you might see a political snowball effect of epic proportions,” Mr. Elleithee said, referring to Republican senators who have expressed varying degrees of criticism of Mr. Trump. 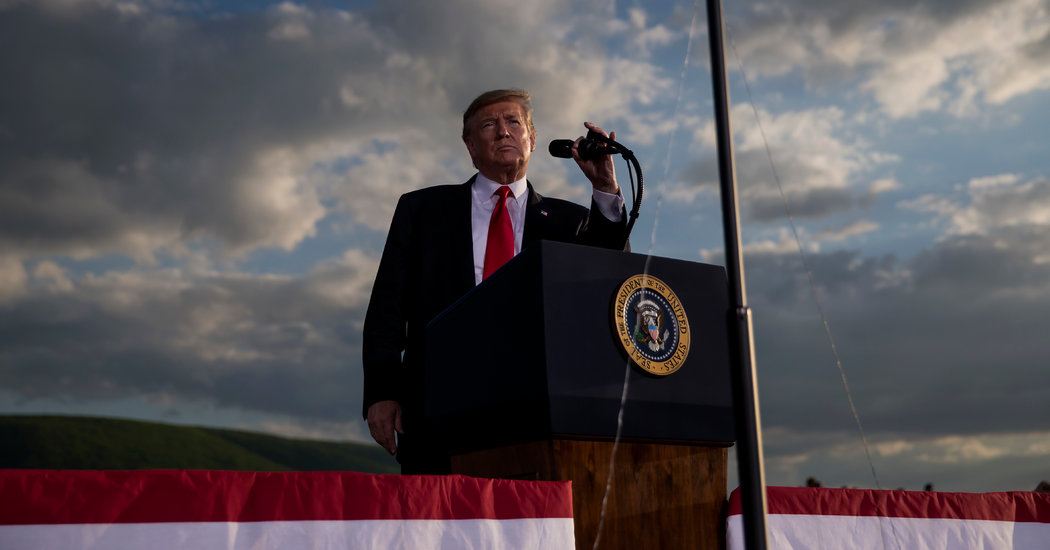 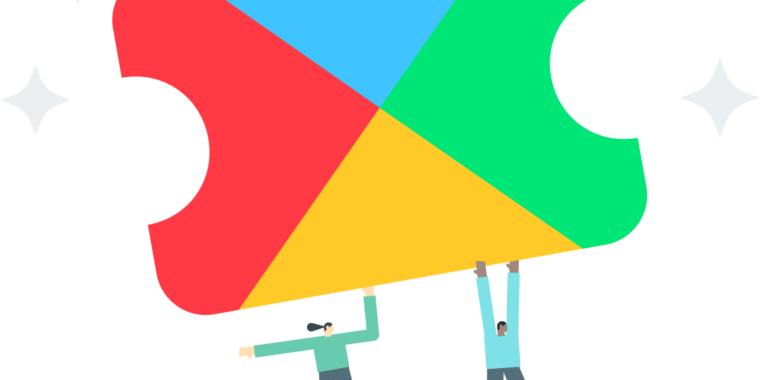 Welcome to the official Google Pl...

Here is how you can watch Apple’s iPhone event

Apple is all set to hold its annual iPhone ev... It's game over for Facebook's Instant Games platform on Messenger 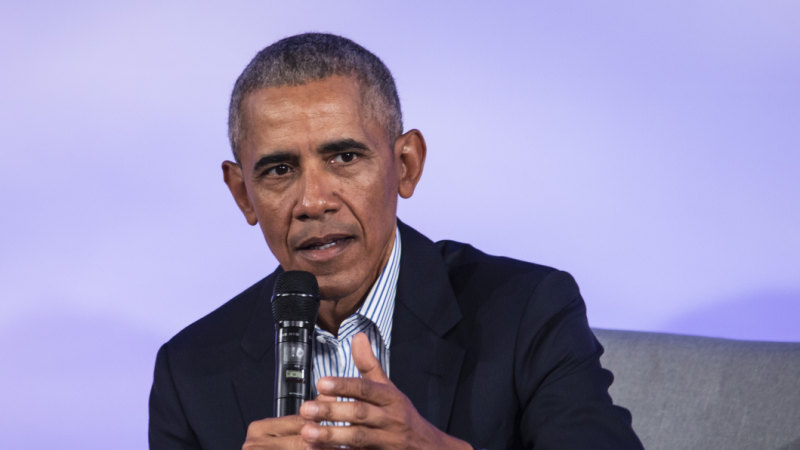 Obama advises 'woke' young people not to be so judgmental