Jay Silver had a smash hit when he co-created Makey Makey, a do-it-yourself invention kit for everybody. And now he is unveiling GameBender, an educational game console startup that has funding from the National Science Foundation.

It may sound crazy to start a game console in a world with rivals like Sony, Microsoft, and Nintendo. But GameBender is squarely aimed at unleashing creativity, helping kids learn to code while playing and “bending” code. And Silver has arranged a partnership with Scratch, a community of 40 million users who can give the console access to more than a million coded projects like games, apps, and do-it-yourself TV. How many game console makers can say they have a million apps and games right out of the gate?

The idea is to unleash creativity during gameplay and to create a path into coding that looks more like a party or an art class and less like homework. You can do that by taking a game from Scratch’s community and “bend” it, or modify it with your own art or your own image and make it your own. As such, GameBender is ideally suited for the community of “modders,” or gamers who modify other games.

“Everything has to be plug and play,” said Silver, in an interview with GamesBeat. “Everything has to ramp up from the ground floor. I don’t assume expertise, I don’t assume you’re going to read a manual. I assume you plug it in. And then you’re playing game. And if you want, oh, banana button right here, where you put the code button, and now you’re bending games with simple things like with the filters.”

The Cocoa Beach, Florida-based company is launching a Kickstarter crowdfunding campaign to get the word out. The machine is targeted at kids eight to 16. 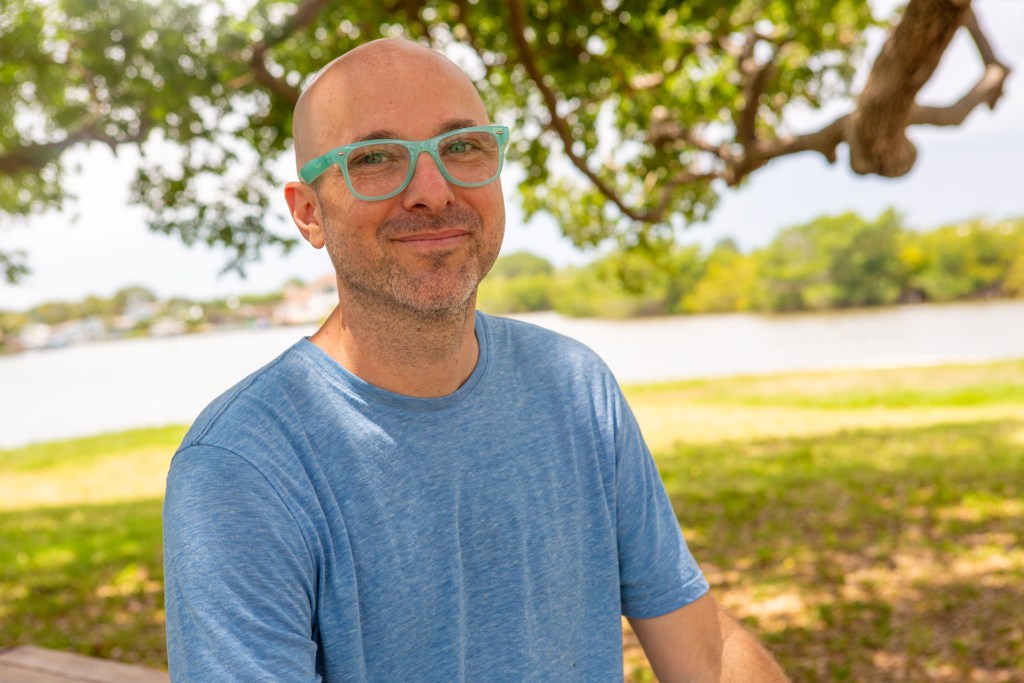 Above: Jay Silver is CEO of GameBender and cofounder of Makey Makey.

Silver showed me a demo of the product. In no time, he showed how you could take a picture of yourself with one of the controllers, insert it into a game, and stick it on a pinball paddle. You can’t do something like that, so quickly, on most other game machines.

“If you can bend and break the game, that’s a true maker’s game,” said Dale Dougherty, CEO of Make: Magazine and Maker Faire, in a statement.

Parents, engineers, teachers, heads of nation-states, scientists, and kids (with parental approval) can preorder GameBender starting today for $300 (a $100 discount from the estimated in-store retail price of $400) on gamebender.com.

From Makey Makey to GameBender 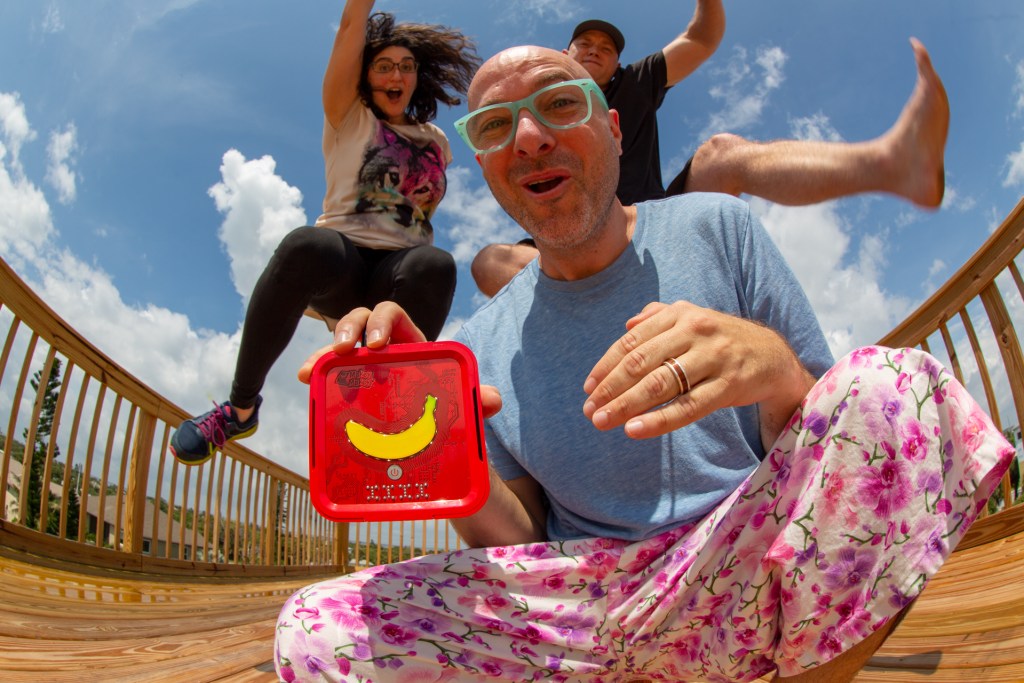 It’s a zany product from a zany founder. Back in 2012, Silver and his friend Eric Rosenbaum started Makey Makey after studying at the MIT Media Lab. They launched a Kickstarter campaign to raise $25,000, and they wound up raising more than $500,000. Over the past seven years, they have generated more than $25 million in revenue and shipped more than a million kits. Tens of thousands of people made videos of funny products created with the Makey Makey kits.

“We’re not just an app for museums anymore,” Silver said. “It’s like entire school districts buying it. We’re mainstream, like project-based learning and creative learning. I took the profits from that and rolled it into something new. The idea is the World is a Construction Kit, and we are the makers.”

The connection to Scratch isn’t an accident, as Silver was on the founding team and the founder (Resnick) was his graduate school adviser.

“We’re excited to fund companies like GameBender, helping to launch their creative ideas into innovative products for kids with the potential to make a substantial positive impact on society and the world,” said National Science Foundation program director Rajesh Mehta, in a statement.

The involvement of the NSF and Scratch, along with GameBender’s deep commitment to nutritious gaming, has Google employees like Seth Raphael, senior designer of the future, saying, “This is the only game platform I will let my kids have.”

What’s in the box

The GameBender innovative gaming system includes three hardware products, 3D glasses, and supporting materials that make getting started for kids, parents, and teachers easy right out of the box. A few interns are curating a bunch of games as the recommended best games out of the big collection on Scratch.

GameBender’s bright red controller allows kids to see the code in a glitch with the press of a button.

The compact, square gaming console is made out of a circuit which sports a playful large banana with dozens of dancing LED backlights.

When you touch the on button, you are touching a circuit. The gaming console is the “brain” of the GameBender system, providing an interface to the television and pathway to the Scratch content.

You can use the camera for augmented reality experiences. With the GameBender camera, kids can have fun, taking selfies to insert their own images directly in games and apps, or play games with their full bodies.

Easy-to-follow glitch cards guide you through your first bend. GameBender includes 50 glitch cards explaining each glitch. You can also play glitch card games by passing out cards and taking turns applying glitches against or with your friends.

And 3D glasses make bending more fun by empowering kids to glitch any game to be 3D (using straightforward 2-depth anaglyph 3D technology) and see their creations in a new way.

For parents, teachers, or kids who are serious about coding and learning socially, GameBender also offers a Social Coding Immersion Edition. For an extra $100 you get all of the above, as well as an extra controller, 50 Code Cards, three more pairs of 3D glasses, a code class curriculum, and a custom branded wireless keyboard and mouse.

The resulting experience is that “GameBender is an immersive tool that lets students sit in the seat of a videogame designer even if they are an absolute beginner,” said Colleen Graves, creative educational director at JoyLabz, in a statement.

The power of the glitch 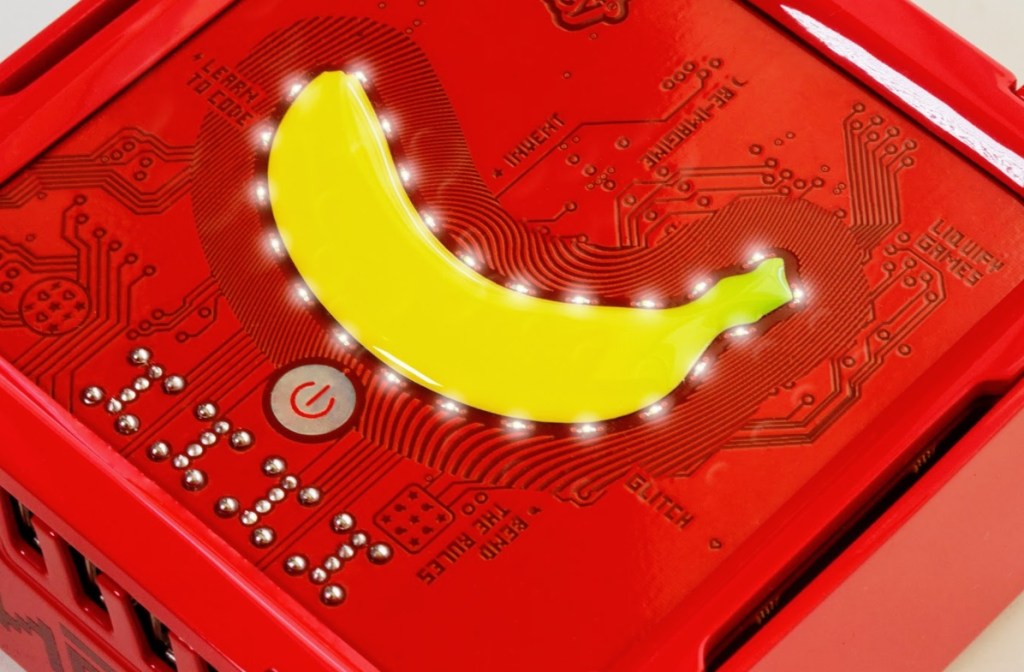 With GameBender, kids can get inspired and reinvent the online gaming world, fundamentally changing the game rules by altering the underlying code. Here are some specific glitch examples:

“Become a pinball within the game.” Using the camera, put your face (or any physical object) right into the game in seconds. Silver showed me how he could do this within a few seconds.

“Make the treasure huge.” You can edit a character’s size, shape, position, controls, in seconds.

“Play a virtual piano with a domino run, or knock down virtual towers with bean bags. You can even let your pets play.” Bring the game into your physical room using the camera so you can control the game with everyday objects.

“Become a game designer and edit levels.” Insert portals, lava, etc. or add items, like jetpacks and drones, to any character or even to an inanimate object.

GameBender estimates its first shipments will happen in the fourth quarter of 2019. Silver is being very ambitious about his targets for GameBender.

“If you don’t meet people where they’re at, then you haven’t created a real democratic tool,” he said. “And I’m not here to empower rich people or genius or something, I’m here to get seven billion and create a mosaic, quilted world that’s a utopia for me. Where we’re all participating.”

Asked about the big rivals, Silver said, “I own the company. And we don’t have to abide by the laws of extreme success. So I’m sure this will succeed. It’s just a question of at what level. I don’t intend to rival Nintendo. If you want the best family-friendly games with the most playable enemies. I have a STEM tool. And if you want your kids to learn to code, and think of themselves as creators of games, that we can make the world around us, then you buy my system. If you define success on the PlayStation level, I can guarantee you we won’t hit that.” 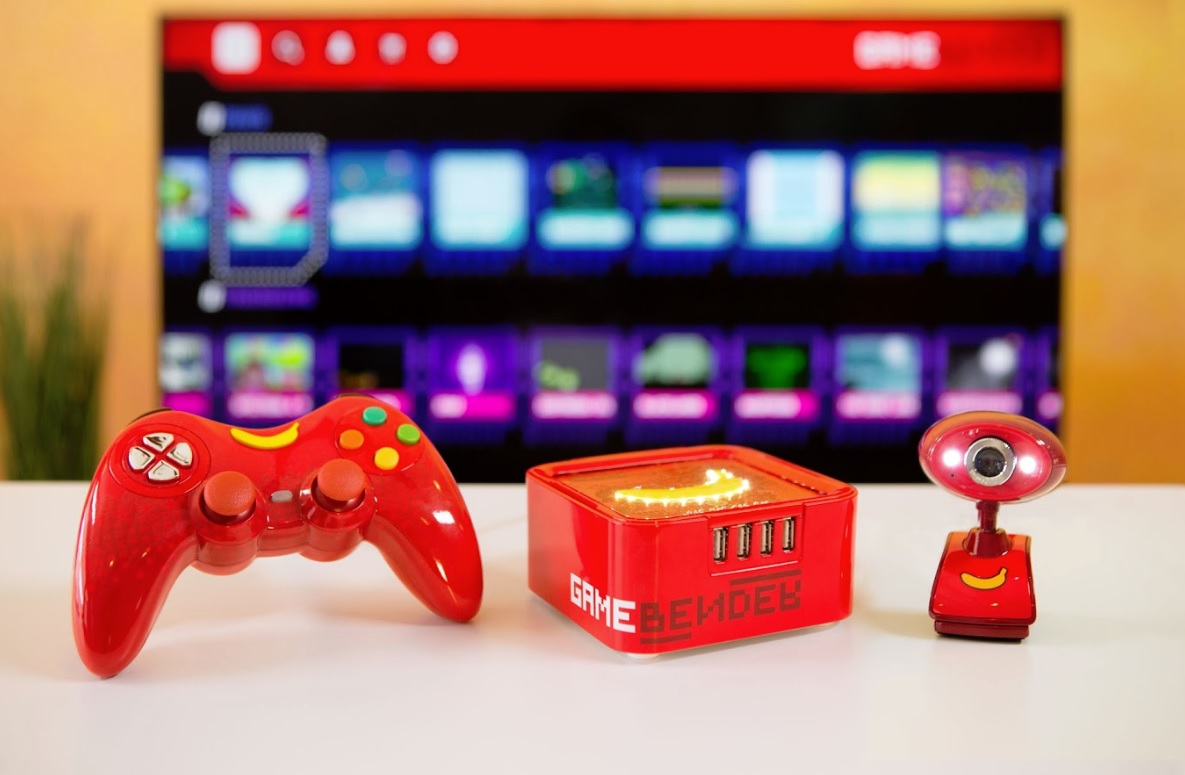 Google Chrome has been one of the most popul... 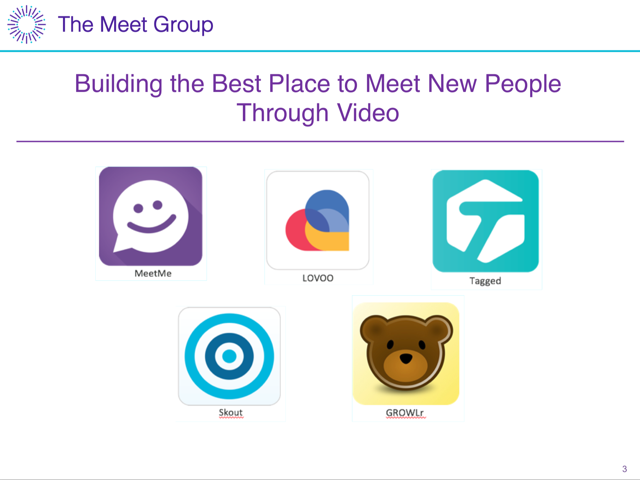 The Meet Group Has Lots Of Issues

The Meet Group (MEET) describes itself as ha... 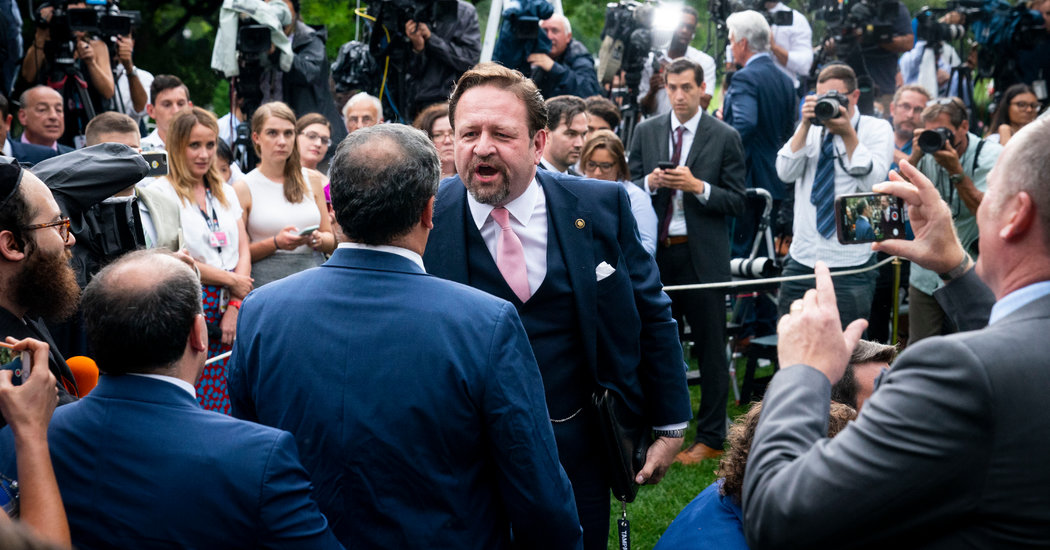 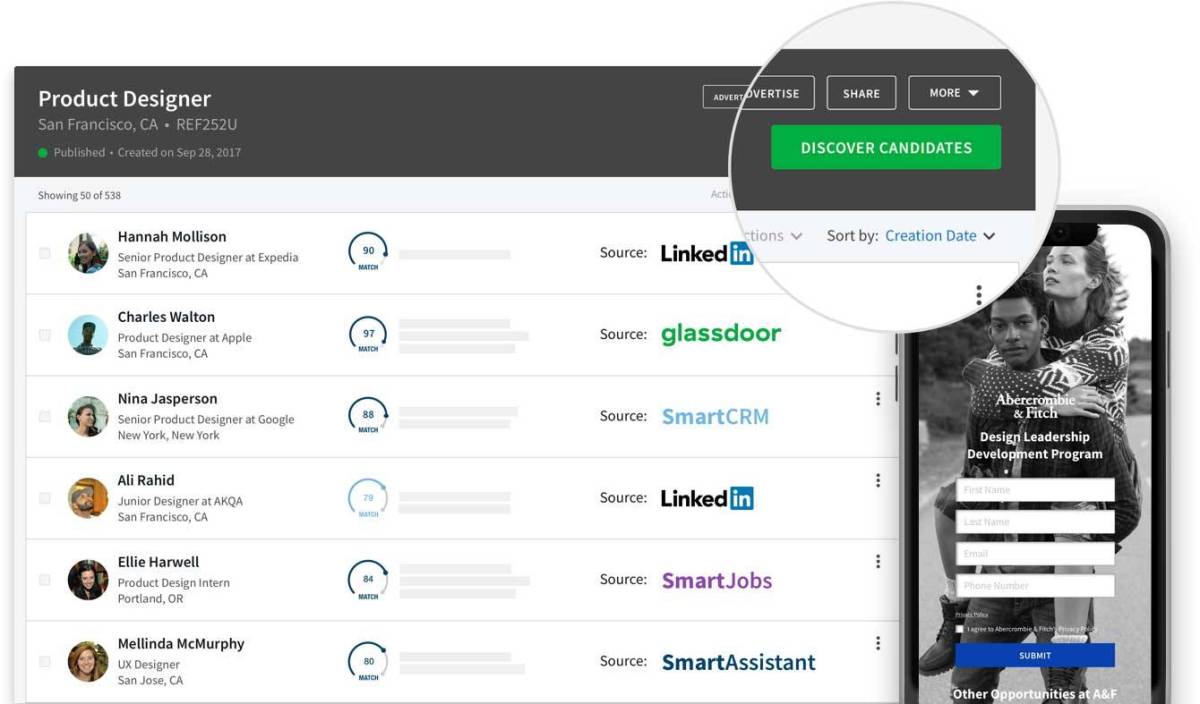