At IFA 2019, Lenovo unveiled two new Android tablets that include the new Assistant Ambient mode as standard, which enabled us to go hands-on with the new mode.

You’re probably aware that Google loves to make things more than once. This, naturally, leads us to Assistant Ambient Mode — a fresh take on turning your Android smartphone or tablet into a basic Google Nest Hub or Smart Display when plugged in.

The new mode — which we’ve seen already — mimics much of what makes Google Assistant-powered Smart Displays such a neat addition to your home. The biggest difference is the portability and multiple use-cases you can apply to a tablet that maybe aren’t quite possible on a static Smart Display.

Lenovo makes the case for Assistant Ambient mode on just about any tablet out there, as the form factor makes it ripe for an extension of your Google Home controls. I will say that from the outset, the system is probably going to be more enticing to many of you out there.

Lenovo has understood that many people have a tablet and maybe don’t use it as often as they should, so the Assistant Ambient mode extends the usability by allowing you to dock your device and then access extra functions. That is all without needing another Google Home or Google Nest Hub device.

So two of the devices that are currently capable of running this new mode are the Lenovo Yoga Smart Tab and the Smart Tab M8 — alongside the Nokia 6.2 and Nokia 7.2 when charging. They don’t come with particularly earth-shattering specs or designs. I think that definitely helps sell the Assistant Ambient mode a little more, as your phone is likely way more capable of doing anything more than day-to-day tasks. 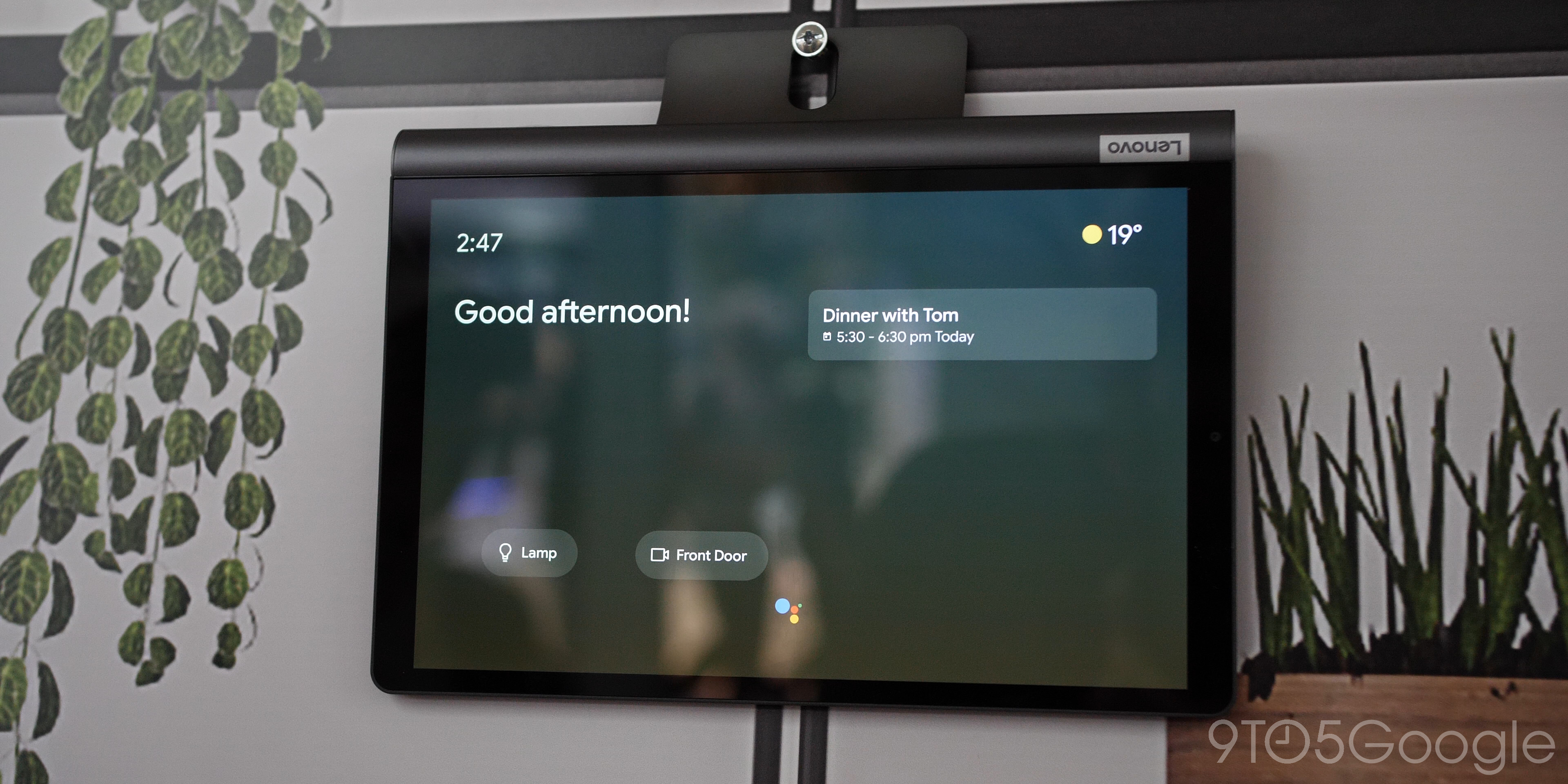 Plugging into a dock activates the new dashboard, which will automatically launch into your Google Photos. The layout is slightly altered but it mimics the Google Nest Hub and many other Smart Displays well. The Yoga Smart Tab differs by including a kick-stand. Flipping out instantly activates the Google Assistant Ambient mode.

This really opens up even more opportunities for smart home control — at least in my opinion. Being able to natively mount your tablet in a multitude of positions while retaining much of what makes the Nest Hub such a solid device. 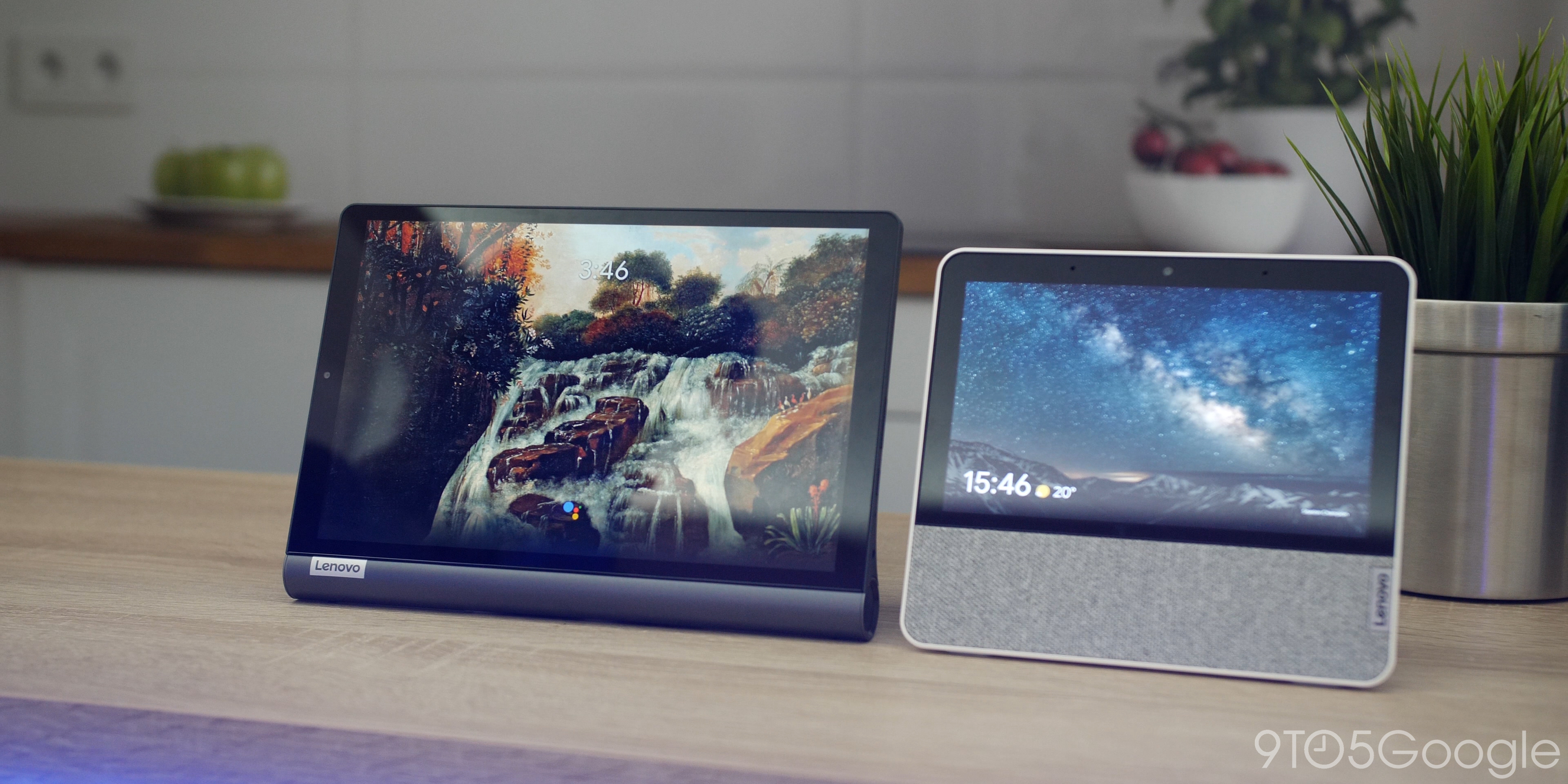 Considering the pricing of the two Lenovo tablets that have this Assistant Ambient mode, after a short hands-on session, I can definitely see the appeal. You not only get a tablet form factor but also the ability to have a properly transportable Smart Display.

I also really like the darker theme. Google, please, can we get a proper dark theme for Smart Displays that mimics the theme seen here. It looks so much sleeker and with dark themes becoming more and more requested, it definitely makes sense.

Having the feature roll out slowly to more and more smartphones and tablets will also be a massive bonus, as being able to use your Android phone essentially as a smart display on your bedside table might cut into the Nest Hub line but would be an awesome bonus feature.

Being able to see your agenda, weather, smart home tech and more all from one easy to manage dashboard is also a huge bonus. I think this could be a great piece of tech for parents. As it allows you to add a completely integrated video baby monitor system that is completely portable — and reasonably affordable.

Let’s just hope it spreads quickly to more smartphones and tablets soon, because as it stands you’ve got to choose from Lenovo or Nokia to get your own hands-on with the new Assistant Ambient mode.

More on the Google Assistant: Fortbytes are daily, location based challeng...

The rollout of dark mode to all of the first... 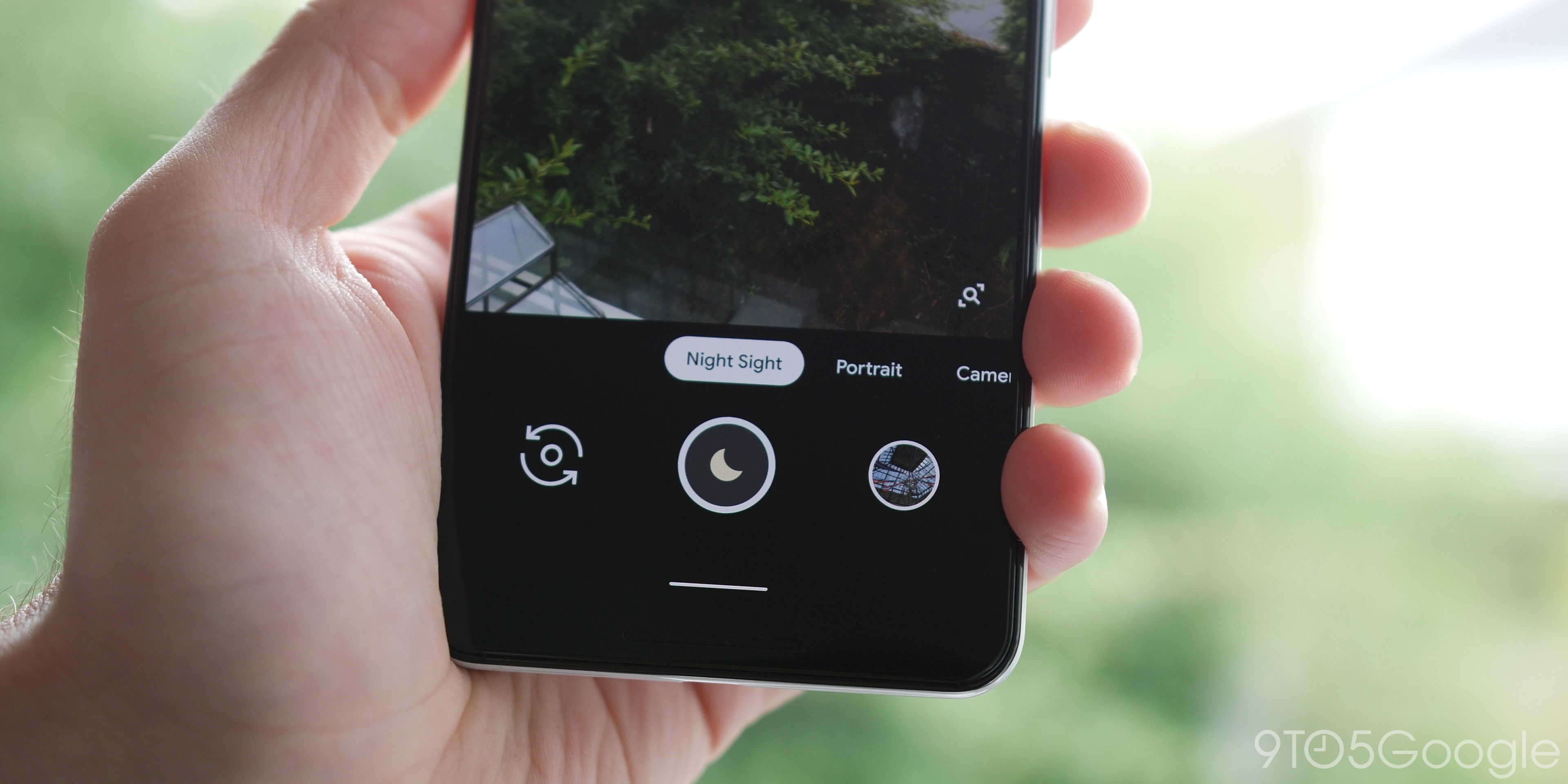 So here we are on the last public developer ...

Galaxy Note 10 might get an exciting iPhone feature, and it’s all thanks to… Windows 10?

With each day that gets us closer to the ear...