Halston’s Women Have Their Say

There were, it seems, many Halstons. There was the small-town Midwesterner who ascended to the highest levels of fashion, an inspired technician whose bias-cut dresses, masterworks of structure and refined simplicity, altered the look of 20th-century American design. There was the wizard who produced uniforms for United States athletes at the 1976 Olympics, Girl Scout leaders, the crew of Braniff Airlines as well as costumes for Martha Graham.

There was also the insecure and yet megalomaniacal control freak obsessed with perfected surfaces. There was the soulful mentor who eventually lost all ability to protect himself. There was the businessman whose errors of judgment led to his ruin, the cocaine addict with a weakness for bad company.

Suddenly the multifaceted life of Roy Halston Frowick, who died of AIDS in 1990 at 57, has become irresistible to the makers of film. A feature film from the producer Roland Ballester and a mini-series, with Ewan McGregor as its star, are in development.

And this week marks the release of “Halston,” a flawed though compelling documentary, previewed to raves at Sundance, about the designer and his legacy by the French director Frédéric Tcheng, whose credits include “Dior and I” and the Diana Vreeland documentary, “The Eye Has to Travel.”

Among the voices that bring to life both Halston and the period he did so much to glamorize is a coterie of models he drew so closely into his orbit that they became known as the Halstonettes. Below are edited recollections from five of those women.

I started with Halston in 1972. I was a teenager, a student at Pratt, modeling for Mademoiselle and working for the Wilhelmina agency. They sent me to see Halston at his studio. The place was fabulous — all done in creams, with lots of sunlight pouring in, that chic kind of California thing — and I sat down with this man I thought was an assistant, fantastically good looking, and had this great conversation.

I asked, “How old is Halston?” And he told me, “Old enough.” I asked, “Does Halston have a sense of humor?” He said yes. I told him I wanted to be a model but also wanted to be a little involved in designing and said, “Do you think you could tell that to Halston, since you and I get along.”

At that point, an assistant walked in and said, “Halston, Mrs. Kennedy is here.” He saw my reaction and started laughing hysterically.

I began as a house model in the 1970s, when Halston was on 68th Street. I was fresh from Ohio. I think that’s why Halston liked me — he was a Midwesterner. He would design the clothes on me. I loved watching him draw, watching him create the neckline. He would ask, how did the clothes feel? Could I sit in this dress? Could I walk?

He pretty much taught me how to show clothes. He taught me to put my hand in my pocket so it wouldn’t distract from the dress. He taught me to hold the coat together so the lining wouldn’t show. He designs were progressive, the simplicity of them: “One gimmick per dress,” he used to say.

“You know, back in the day, if someone liked you and thought you were good at modeling, they would recommend you to someone else. Opportunity was presented through word of mouth, and a big part of my youth was just saying yes. The fall I did my first show in New York for Stephen Burrows, I met Oscar de la Renta on a photo shoot for Ebony magazine, and the two of them were singing my praises, and that’s how I met Halston.

I was with Stephen Burrows at a fashion party in the ’70s when I met Halston. It was not like you have to be a star to go to a party, the way it is now. In walked this beautiful man in a white silk shirt open down the front and black pants and a Navajo belt. Immediately he said, “Come up to my place.” Modeling was so different then. You didn’t have to go through the things you go through today.

I started modeling for him in 1972. It was a more creative and innocent time. There was not so much of an agenda. We thought, “Let’s just have fun and do something different.” If you got this “Wow” reaction, somebody would say, “O.K., let’s do that again.”

At the time, he had all these marvelous new girls, Marina Schiano and Anjelica Huston — who was just a skinny girl like me — and we arrived at the same time as these really top models, and Halston just slid us in there with these amazing Vogue-y girls. Fashion then was still a bit stiff, but Halston was breaking molds. He wanted to show the ladies of society that they didn’t have to be ladies all the time.

When Halston went to a party or a restaurant, he liked to travel with an entourage. It wasn’t that he was shy, though he certainly had his dark glasses and cigarettes to shield him. Anyway, I never saw him as shy. I saw him as powerful, bigger than life.

I had thought we were the first entourage. But I remember looking at a picture of Paul Poiret from the 1920s, and he’s surrounded by an entourage. In the Poiret group, each model had on the exact same thing. That was very different from Halston, who had this worldly vision of the haves and have-nots coming together. He would make sure Nan Kempner was wearing something of his, but also the new kid on the block who was out at the disco a lot.

Halston told me: “You really need an agent. I’ll take care of that.” So I joined Wilhelmina, the agency introduced me to Karl Lagerfeld, and I started working with Karl in Paris. I met Loulou de la Falaise. We were kind of a fashion community, but there were camps at the time and benevolent competition among all the camps.

Back in the 1980s, those galas at the Met were still society affairs. A designer was expected to turn up with a socialite on his arm. But there came an evening when no socialite was available to walk with Halston, and somebody suggested, “Why don’t you bring the girls? It will make a very nice picture for the press.”

I remember making an entrance that night with Pat Cleveland and a few other models. Loulou, who worked for Yves Saint Laurent at the time, remarked, “They’re Halstonettes.” She meant marionettes. It wasn’t a compliment.

I learned a lot during our fittings. He thought like an artist. There was magic in his hands. The way he would drape on me was unique. He would actually cut into the fabric, pin it on me and make the right curves, the right seams. In those days, we were always looking in the mirror when we worked. The mirrors showed you the flaws. We talked to each other in the mirror. Working like that, you became like one person.

If you were to look at each of us Halstonettes, we were each a facet of his vision, and that’s how he chose which clothes each person wore. Some designers make beautiful clothes, but they don’t envision the person who’s going to wear it in their show. When I got to work with Valentino, it was totally different. He’d make the dress and put you in that dress. It wouldn’t have anything to do with your feeling or the energy you were putting out.

Jackie Onassis came in one day with her husband for a fitting. It was the time of hot pants, and Halston told me, “Karen, put on the blue suede hot pants for Aristotle.” I think Onassis probably enjoyed seeing those hot pants on a teenager. He had a very clear vision about that.

He had this cool, chill jazz way about him, like he was just floating along. And it was so great to see him with all these beautiful women, like Marina Schiano and Naomi Sims, and then suddenly being in love with all these movie stars. He admired Liza Minnelli and Elizabeth Taylor like crazy, but they needed him, too. Elizabeth was getting older and wasn’t dressing well. And Liza needed someone to dress her up and make her shinier. He made them both modern.

I learned boundaries from Halston. One lesson I got from him is to choose your friends wisely. If you choose someone who amuses you and you’re attracted to but whose only real interest is really himself, that may be amusing, but it’s detrimental.

Of course, he could be demanding. You had to listen to him closely. When he said, “Turn to the right,” there was a reason. He was the creator. You worked with the creator.

Gosh, Halston could be imperious. When he said. “Jump!” we jumped. If he said, “Do a somersault,” we did. We were puppets on a string. We sort of lived with that.

Every decade has its very severe punishments for being who you are. The whole thing of being a homosexual man and growing up in situations where you want to express yourself, but you can’t — that was Halston’s experience. He had this curiosity and vulnerability, and he wanted so much to be loved deeply. Eventually it’s going to happen that you dip into the dark. It’s very mythological, in a way.

He was very private about his business and, of course, about the AIDS. In 1987 or 1988, we spent the summer with him in Montauk, and it was magical. My daughters were 2 and 5, and he was great with the girls. They would put on their ballet outfits, and we would do performances. He was a wonderful host and cook. You would see him in his kitchen making meatloaf.

It was the summer before he moved to California, and when he left, it was tough. We lost our mentor. I didn’t know he was sick at the time. 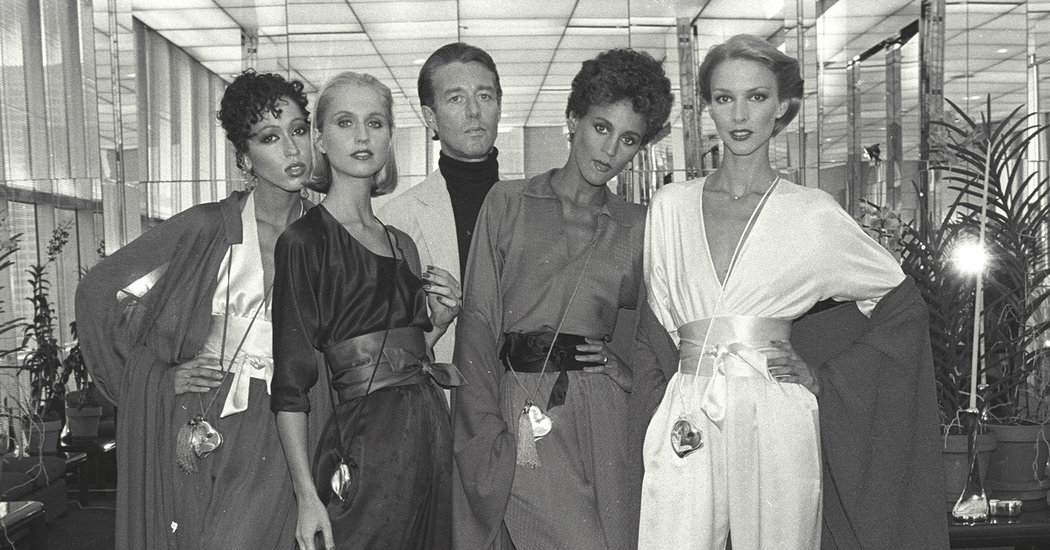 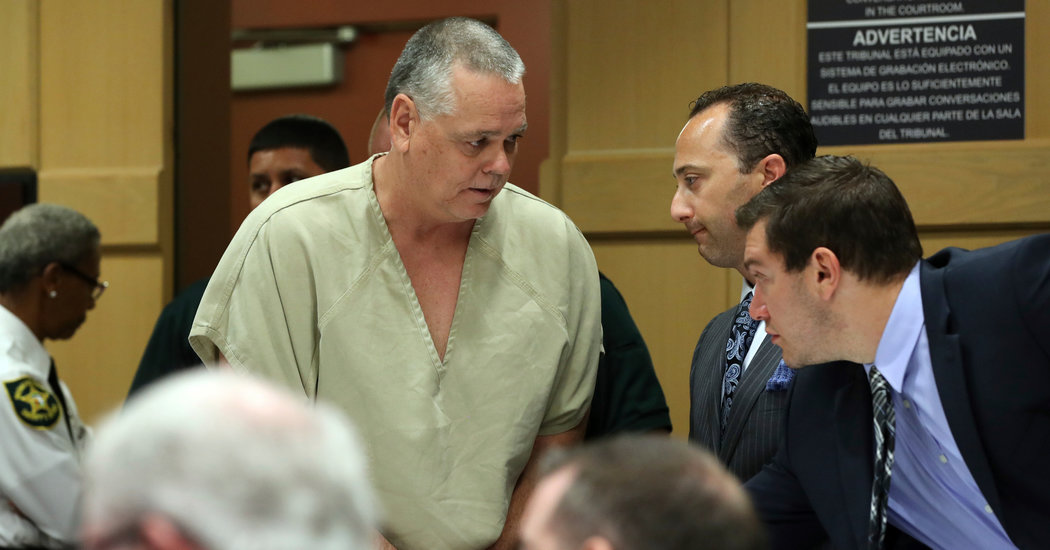 Scot Peterson Is Released on Bond. Here’s How He’s Explained His Actions During the Parkland Shooting. 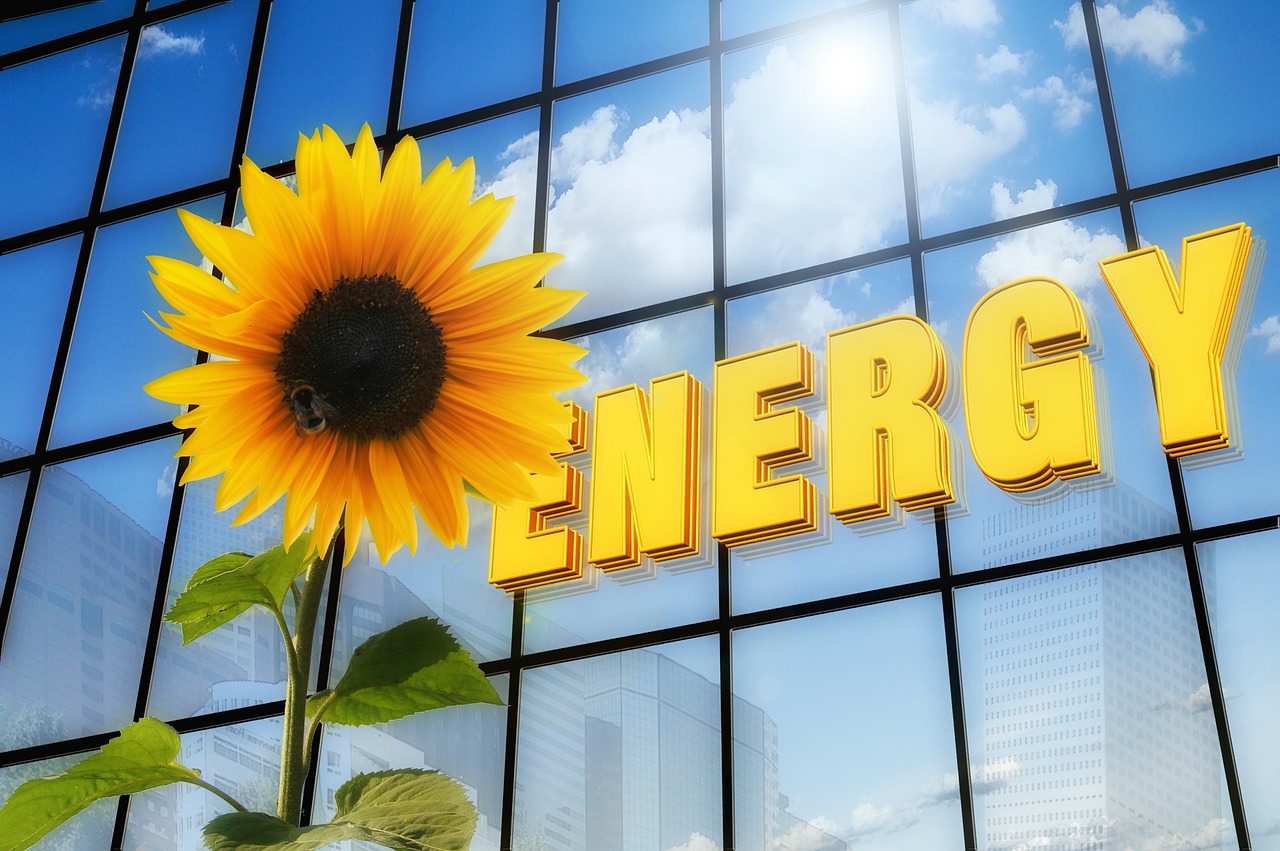 This Is Why You Should Add Target

A report claims that Apple will refresh the i... 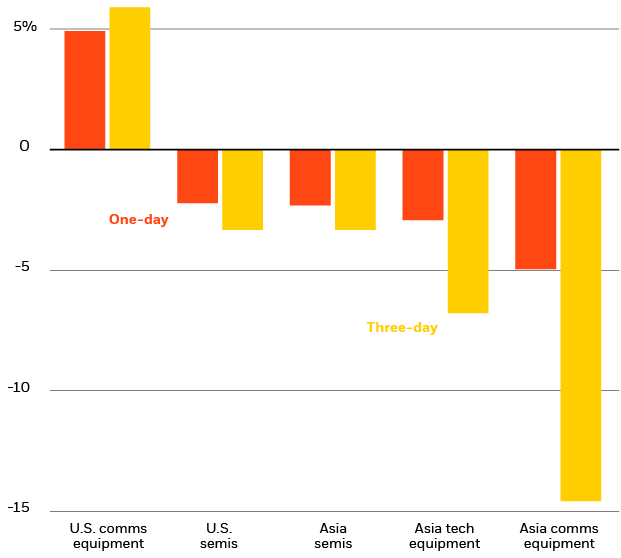