For the past 11 weeks, protesters in Hong Kong have marched in response to creeping authoritarianism from Beijing. The protesters seek the resignation of Hong Kong’s chief executive, an inquiry into excessive force on the part of police, and the release of political prisoners. An estimated 1 million people marched over the weekend, producing stirring images of a still-somewhat-free people striving to remain that way.

The protesters have roused much sympathy outside of China, with thousands of people joining in solidarity marches around the world. Global opinion is hardening against China, and US social networks remain a vital source of information in Hong Kong, where they are accessible even to those who are not using VPNs. And if all that has you saying “hey, this would seem to be the perfect moment for a state-sponsored information operation,” then you must have already read today’s news. Here’s Makena Kelly in The Verge:

Twitter and Facebook have uncovered and suspended a network of fake accounts that were believed to have been operated by the Chinese government. On Monday, both companies disclosed their investigations into the coordinated information operation, which was apparently intended to sow political discord around the protests taking place in Hong Kong.

According to Twitter, 936 accounts created within the People’s Republic of China were found to be “deliberately and specifically” sowing discord in Hong Kong in an attempt to undermine “the legitimacy and political positions of the protest movement on the ground.”

“All the accounts have been suspended for a range of violations of our platform manipulation policies,” Twitter said in the blog.

And to think people said that American social networks never make it in China!

This is the first time Facebook and Twitter have identified and removed a Chinese disinformation campaign, so good for them. I was pleasantly surprised to learn that it was the smaller and less capable of these companies that identified the campaign and tipped off its bigger rival — more evidence that Twitter is making strides when it comes to platform integrity.

Of course, perhaps it should have been obvious to Twitter that China was running a disinformation campaign — it was paying Twitter to do so. As the critic and entrepreneur Pinboard noted in a thread, state-controlled Chinese media have been buying ads that paint the protesters as violent extremists. Ryan Gallagher ran some of it down in the publication for which the one you’re reading now is most often confused (The Intercept):

A review of Twitter advertisements from between June and August this year showed that the social media giant promoted more than 50 English-language tweets from the Global Times, a Chinese state media organization. Several of the tweets deliberately obscure the truth about the situation in Xinjiang and attack critics of the country’s ruling Communist Party regime.

The Global Times paid Twitter to promote its tweets to a portion of the more than 300 million active users on the social media platform. The tweets appeared in users’ timelines, regardless of whether they followed the Global Times account. In July, amid global condemnation of the treatment of Uighurs in Xinjiang, Twitter began promoting several Global Times tweets about the region.

Properly chastened by all of this, Twitter said today it would no longer accept ads from state-controlled media. (Which is distinct from media that is merely state-funded; PBS and the BBC ought to still be able to promote their wares.) Facebook wouldn’t go that far, but said it was taking a fresh look at the matter.

In any case, the main thing to note here is that more states are waking up to the fact that American social networks remain a fairly welcoming attack surface for their information operations. As Sophia Ignatidou notes in the Guardian:

While initially countries that were seasoned propagandists, such as Russia and North Korea, were identified as the main culprits, the list of states employing disinformation is growing. China is apparently using disinformation to portray Hong Kong protesters as proxies of nefarious western powers and violent rioters, potentially to prepare the ground for more violent intervention to suppress the movement. India has been the host of constant disinformation campaigns, either ahead of the most recent elections or during the current standoff with Pakistan over Kashmir. Lobbying and PR firms have now professionalised online disinformation, as the cases of Sir Lynton Crosby’s CTF Partners in the UK and the troll farms in the Philippines indicate.

The next stage in the weaponisation of information is the increasing effort to control information flows and therefore public opinion, quite often using – ironically enough – the spectre of disinformation as the excuse to do so. Internet shutdowns made headlines recently during India’s communications blackout in Kashmir but they have already become commonplace in Africa. Access Now has reported that internet shutdowns between 2016 and 2018 more than doubled. According to some reports, the app used by protesters in Hong Kong to coordinate, Telegram, also received a distributed denial of service (DDoS) attack from mainland China.

The good news is that platforms are getting better at identifying disinformation campaigns. The bad news is that the tactics of these governments keep evolving — and in many cases they have far more resources at their disposal than the companies they’re up against. When it comes to social media dominance, Facebook and Twitter have a commanding lead. When it comes to military operations, they’re still playing catch up.

With today’s edition of The Interface, you’ll notice a newly slimmed-down section of links. Many of you have written in to say that while you find the newsletter valuable, you also find the sheer number of links overwhelming. As of today, there are fewer of them.

Following the day’s essay, you can now expect to find two sets of links. The first, as before, covers the day’s most significant developments in the intersection between tech platforms and governments. The second covers platform-centric business news and cultural trends. (Both of these sections will be getting new names soon.)

In both cases, I’m limiting the number of links per day to five per section. If you’re rushed for time, I’ll always put the most important link of the day on top of the section in bold.

Lost in the squeeze are standalone sections for product launches and op-eds. The former will likely be appearing more regularly in the business news section, while the latter can go back to fighting for attention on Twitter.

What’s next for The Interface? A lot, actually. We’re currently talking through some fun new sections for the newsletter; a possible week-in-review edition, an experimental live event, and some other stuff I don’t want to spoil just yet. In the meantime, please let me know what would make this newsletter more valuable for you. And thank you for reading!

⭐ “A group of state attorneys general is preparing to move forward with a joint antitrust investigation of big technology companies.” It could be announced next month. (John D. McKinnon and Brent Kendall / Wall Street Journal)

Trump cites a bogus “report” to claim, without evidence, that Google manipulated the election. This piece patiently takes the claim apart and deposits it in the trash where it belongs. (Philip Bump / Washington Post.)

Sen. Ron Wyden wants to ban political ad targeting. Provocative, though I doubt it will get much traction. (Donie O’Sullivan / CNN)

Beto O’Rourke says platforms should be legally liable if they don’t take proactive steps to ban hate speech. This is the first time a Democratic presidential candidate has proposed amending Section 230 of the Communications Decency Act. (Makena Kelly / The Verge)

Facebook will more than double the salaries of its Indian content moderators. They will still make less than $10 per day. (Munsif Vengattil and Paresh Dave / Reuters)

Facebook is expanding its bug bounty program to include abuses found on Instagram. It comes after a marketing company was found building giant depositories of public Instagram data in violation of the company’s rules. (Zack Whittaker / TechCrunch)

TikTok adds in-app shopping. Hashtag challenges are being promoted by paid influencers and are linked to in-app product pages. Nice to see some innovation from ByteDance when it comes to revenue for creators — an area where American companies are woefully slow. (Sarah Perez / TechCrunch)

Was China’s information operation lured into daylight thanks to a tweet from the star of the live-action remake of Mulan? Ben Collins makes the case:

The movie’s star, Crystal Liu Yifei, posted a message of support for Hong Kong police on the Chinese social media site Weibo, which is similar to Twitter. People sympathetic to the protesters then pushed a #BoycottMulan hashtag.

Some accounts included in Twitter’s Monday takedown began responding with pro-China talking points to those sympathetic to protesters who were tweeting the #BoycottMulan hashtag.

“You should come to Hong Kong to see the truth, not be misled by unscrupulous Western media and politicians,” reads a reply tweet from the account @shu_zhiyuan, which has since been banned by Twitter. 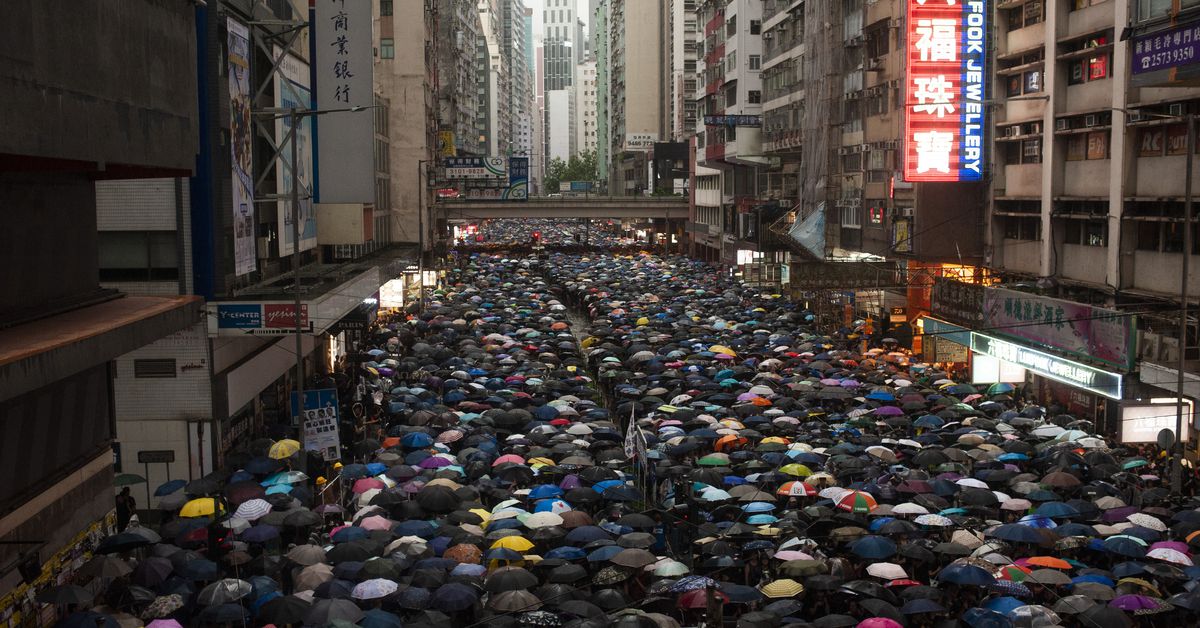 Apple Plans to Block All Covert, Cross-Site Tracking in Safari